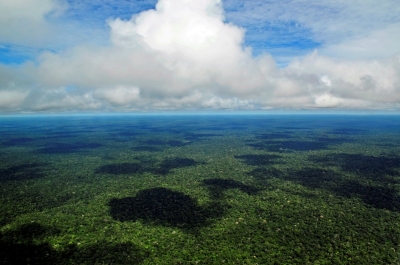 On 18 July, for the start of World Forest Week, the UN Food and Agriculture Organisation (FAO) released a new report focusing on how agriculture and forestry can improve food security.

The report aims to raise awareness about the possibility of creating positive interactions between agriculture and forestry to build sustainable agricultural systems and improve food systems, even though farming is the most important cause for deforestation globally.

FAO Director-General José Graziano da Silva said: “It is not necessary to cut down forests to produce more food.”

40 per cent of deforestation is due to large-scale commercial agriculture in the tropics and subtropics, 33 per cent to subsistence agriculture, and the remaining percentage is due to urban growth, infrastructure and mining According to FAO.

Eva Müller, Director of the agency’s Forestry Policy and Resources Division said: “Food security can be achieved through agricultural intensification and other measures such as social protection, rather than through expansion of agricultural areas at the expense of forests.”

Ms. Müller added: “Governments should provide local communities not only with secure land tenure but also with secure forest tenure rights. A farmer knows best how to manage his or her own resources but often lacks legal instruments to do so.”

There have been examples of countries – more than 20 – improving food security since 1990 without having to cut down more forests, proving that this is possible notably thanks to a clear definition of roles and responsibilities, effective legal frameworks, secure land tenure, measures to regulate land-use change, policy incentives for sustainable agriculture and forestry and adequate funding.

The particular case of Vietnam is evoked in the FAO report, indicating the success of a land reform which encouraged long-term investment, and put local communities and partners in control of the forests instead of the state.